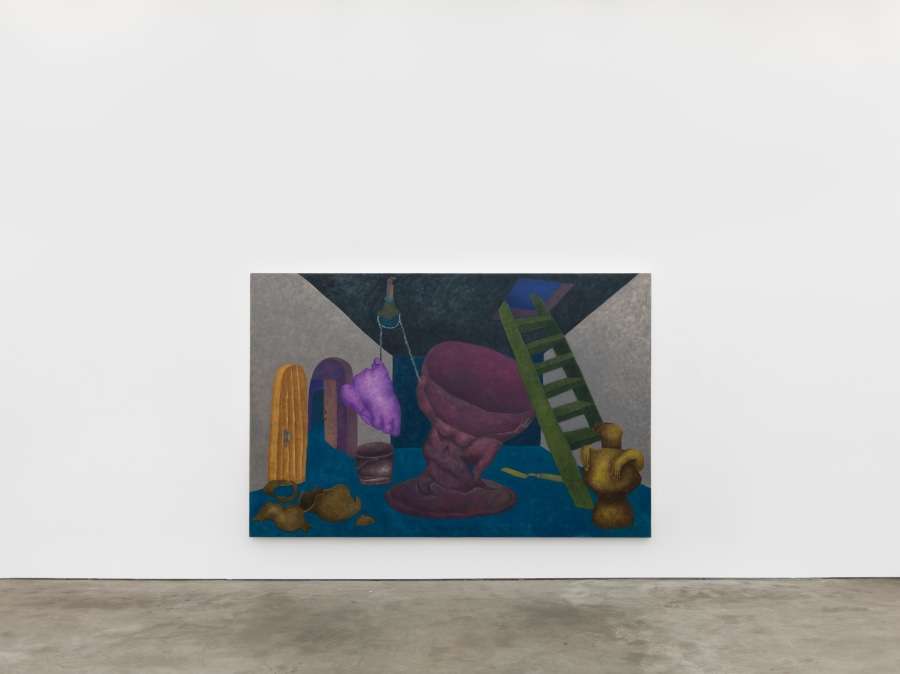 Ginny Casey’s paintings feature decrepit interiors teeming with objects such as chisels, woodcutters, pulleys and books that are distorted, engorged, disproportioned, and rendered biomorphic. Casey's environments estrange the domestic, casting shades of anxiety, perversity, and discomfort on common household items. Architecture, too, appeals to a dream logic in Casey's work, as trap doors, staircases that […]