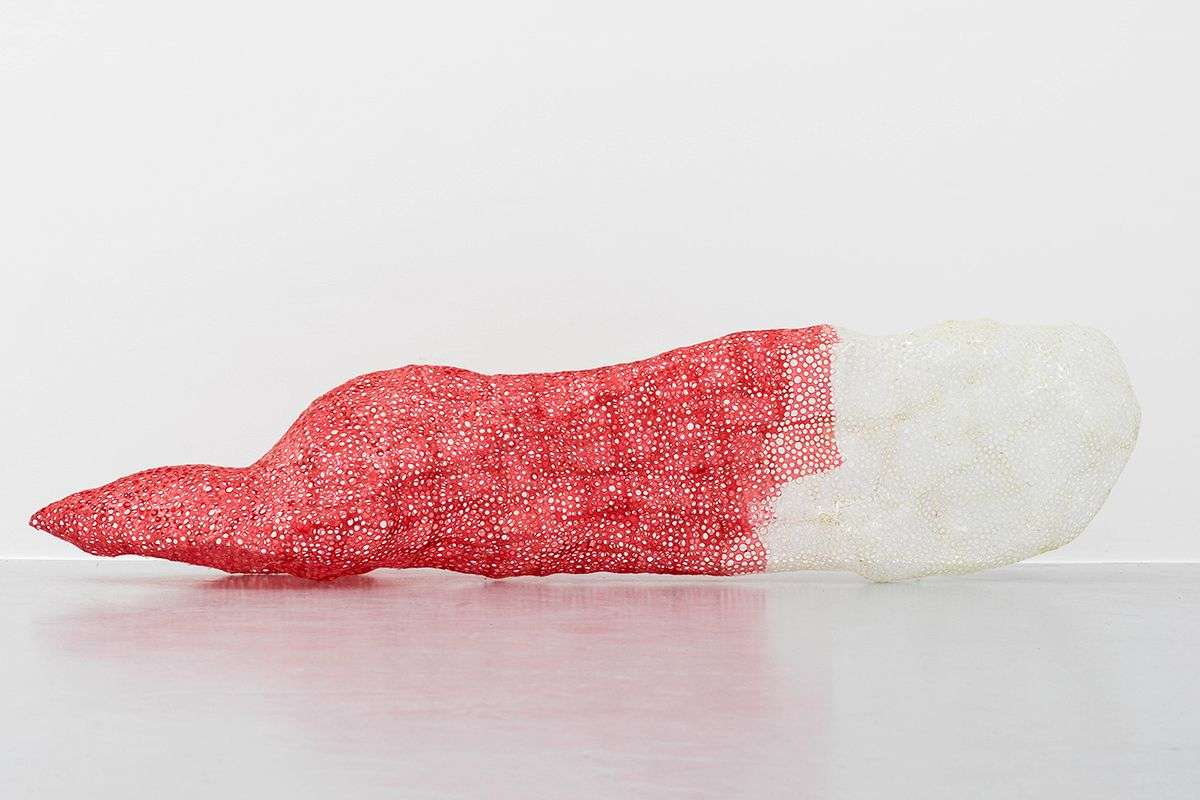 Tatiana Wolska
Tatiana Wolska creates biomorphic sculptures using recycled plastic bottles. By cutting, perforating and thermo-welding them, she produces sprawling, modular organic forms. The transparency of the plastic adds visual effects of lights and shadow.
Untitled (Red and white), 2016 Untitled, 2016
This type of work was first shown at Palais de Tokyo in Paris in 2015, where a monumental plastic installation occupied the space of the entrance hall. Seductive in their vivid red colour and intriguing in their forms, the sculptures appear either aerial or dense and voluminous. They can evoke floating islands of plastic waste but also hold a strong poetic charge, appearing to be mysteriously suspended to architecture or vegetation, as if infecting the environment.
Irène Laub