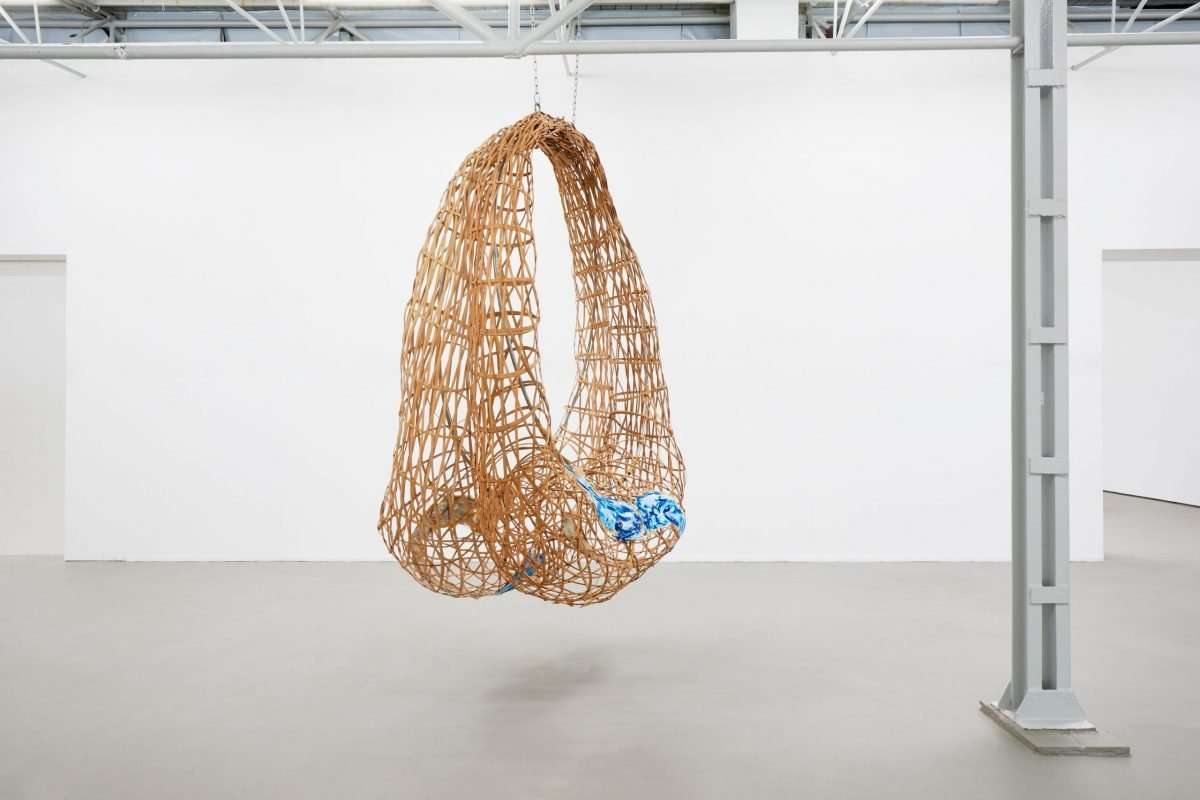 Christiane Blattmann
Part of the “Big Baskets" series, They Have Broken with the Tradition of Inside and Outside, is a reflection on borders and boundaries. In contrast to solid walls, the baskets represent ideas of permeable and network-like architectures.
They Have Broken with the Tradition of Inside and Outside - 2019
This work includes silicone casts — using the woven mesh as a pictorial carrier-plane — in which the liquid pouring material penetrates the weave, making image and structure inseparable. These reliefs depict the heads of an eagle and a dog with their tongues dangling wide. The work’s title refers to Monique Wittig's novel Les Guérillières (1969). Drawing on the example of a mythological war of women against men, she thematises the dismantling of inequalities. The work may also be approached with Friedrich Kiesler (1890-1965), who argued that the animate and inanimate world must be united to restore our sensory perception — impoverished since the 20th century. He considered much building as aggression against nature and, in reverse, understood architecture as therapy for the libido.
Damien & The Love Guru