Just after the copyright, in the first pages of a book, comes the dedication. It is a space for the author to address gratitude or affection, however openly or cryptically, to someone important in the writing of the book. Such text space offers little guidance to a reader, but it orients a writer. It verifies the author as someone real, a participant in the world via networks of friendship, partnership, and indebtedness. How else to be real than through -ship or through debt? The more enigmatic the details of the dedication — initials, a first name, a nickname — the more we may surmise about the intimacy between writer and dedicatee. Intimacy is so measured on a scale of the cryptic.

A dedication is part of a book’s front matter, meaning that even though it is within the book’s soft/hard covers, it is not really part of the book itself. In the genre of the dedication, there are frequent petitions for likeness to the architecture of the vestibule or the portico. In the same way that a portico is an ancillary to a house, a dedication stands in front of a text. It is a threshold space that can be easily passed over. Neither properly inside nor properly outside. Neither properly private nor properly public. In this metaphor, the reader gets cast in the role of the visitor who, before entering the text proper, may take a moment to yield or to pause.

Interestingly, in early dedications from the first age of print, this metaphor is in reverse. The book is a visitor at the doors of its potential reader, begging to be let in, to be given shelter, a warm space to rest. Early modern authors almost never met the individuals to whom their books were dedicated. That the production of books was so costly in earlier centuries, meant that each book needed to lodge direct appeal to its individual patrons/readers in such a form. As the economics of book production have shifted, the role of the dedication page has moved from a private address of asking patronage, to a more public declaration of indebtedness.

What the convention of the dedication offers to us is a format for speaking privately and publicly at once. It acts as a reminder that the form of a text or a work changes depending on who it is addressed to. When offering up anything for reception, one is often labouring under a latent but insistent demand to speak to everyone equally, to pitch one’s address at the fiction of some general viewer. But the dedication page speaks publicly in a private language. It mirrors the strange charge of reading a confidential letter or hearing a love song written for somebody else.

The dedication sets out a one-directional contract between the writer and their dedicatee. As readers we cannot meet the terms of that arrangement, but we can serve as witness, to triangulate the intimacy of address via a third position. So what do we, as readers, do from this threshold; looking onto a private language that seems at once to invite our attention and to turn its back?

In part, the exhibition is an attempt to better understand the way the two of us think together. Thinking jointly has a strange, hermetic intensity which is difficult to map from the inside. Collaboration is an inhuman, science fiction type of thinking. The collective brain is not a combination or synthesis of two individual positions, but a parasite which makes hosts of two bodies then bursts out and leaves them aside once its nutrients have been collected.

Preparing ourselves to be discarded, we looked around for external positions which would triangulate our thinking and allow us to see its contours from the outside. We used them as ciphers to measure our own thought. This writer formed our understanding of grammar, this musician taught us redundancy, this poem seduced us into repetition, and so forth. The specific identities of the dedicatees are not the point, or at least, they don’t form part of the public face of the exhibition. But the act of mapping them has produced effects and it is these effects that are on display. This is what we read to understand how we read. The cannibalistic consumption of reading by reading.

In the tradition of academic writing, this strategy runs close to practices like citation. Like citation, this exhibition wants to participate in the useable fiction that thought is potentially external, potentially animal, potentially mappable. The erotics of citation is the seduction of being able to perfectly describe how close you are to another. It knows that there is a necromantic potency in being able to name things. In academia, with its proximity to science, there is a need to make the lines of influence verifiable and repeatable. But physicists will tell you that you cannot rely on linear techniques to map something which is still bending. The bread crumb trail is scattered. Many of the dedications on display here, do not meet the academic standards of citation, but they do participate in the gloomier modalities of tracing thought. Often, the figures themselves are more like placeholders or scapegoats than citations proper. They take the fall for certain indulgent or ridiculous, or wilfully obscure desires within our own production.

When we first started thinking together about reading, we were fixated on the idea of text having an animal or viral potential to hop from host body to host body. We made performances where we attempted to find ways of producing noise and slowness by using bodies, lights and toxins to muddy text’s circulation. But repeated exposure to these experiments has convinced us that text also shapes and disfigures the body, leaving shards of thought behind. Cut off the body of the mother tongue, common tongue, tongue back into my mouth. The acts of mapping which underwrite this exhibition are earnest attempts to understand how our reading (and listening and viewing) has altered us as readers.

To measure is to place a known object against an unknown object in order to see how the two interact. What we want out of this act of calibration is largely private. It is a way to put levers into our own thinking, in order to manipulate the axes onto which our practice is fastened. Thoughts become grippable objects to be moved about in a diorama, or tremors to be seismographically magnified to better understand how they move. The usefulness of the exhibition space is its capacity to hold together things of very different scales, densities, and fidelities, in order (perhaps) that each might measure the other.

Having long believed in a good vs. evil dynamic between form and content, we were aware from the beginning of the cosmic stakes of the matter.

The exhibition consists, for the most part, in written dedications on woven supports. It is a show of grids, which is to say that it is a show of the ways in which grids shape, constrain, and scaffold content. Just like every other time, we started with the belief that the grid comes before the content, that the first step was to weave a surface and that language would necessarily follow. We were unaware of the essentially nefarious character of the grid in relation to writing. The grid is a tool. The grid is a net. The grid is a pirate that smuggles experience from the world and moves it into the abstract space of mathematics and computation where it becomes transformable, flippable, and scaleable. Grids traffic in the reverse alchemy of transmuting experiences into base objects. Here, scale is relative, not absolute. Up and down are negotiable, not underwritten by gravity. What does language in that space look like?

An empty gridded surface, like a sheet of graph paper, is a way of announcing that something is going to happen: an object is going to be measured, or an image is going to be transferred from one scale to another, or a form is going to be drawn and studied. – J.E.

For the chess player, it is already evident that compressing experience onto a two-dimensional plane doesn’t necessarily mean sacrificing intricacy. All movement on the chessboard is cosmic because constraint is the first means towards complexity. From where we stand in history, it now seems obvious that chess would be the first domain in which human genius would get defeated by the superior simplicity of a computer (Deep Blue, 1997). There’s nothing/which loses/which loses. So what can that teach us about experience? 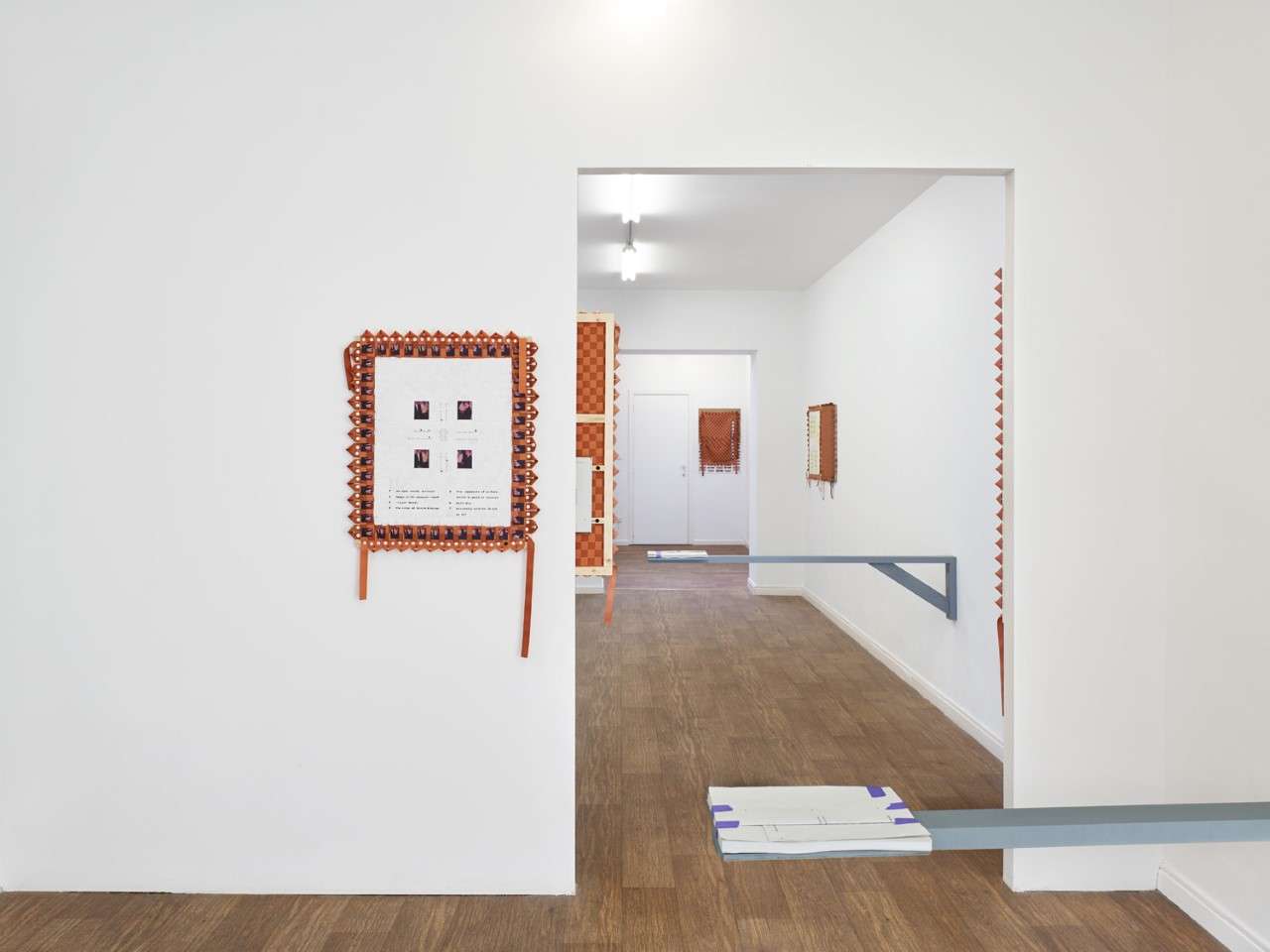