In her most recent body of work, Sam Moyer has harnessed the graphic qualities of stone to generate a sense of movement and transformation. The result is a group of paintings in which stone coils, spills, drips, hovers, teeters precariously and curls back into itself. Animated by gesture and motion, these works suggest that something unseen has occurred—a mysterious catalyst that fuels their growth or has knocked them out of stasis. Not privy to the cause or its aftermath, we witness only the suspended moment of transition and wonder at what transfigurative force might make stone behave with the fluidity and nimbleness of ink or paint.

The genesis of this shift in Moyer’s work can be located in her series of fern paintings, two of which are included in Relief. In these works, line and pattern determine the fronds’ direction and rate of growth, the way they arch and bend into and away from their neighbors. The looseness and organic quality of the ferns ushered in a new approach to the stone paintings; where in previous works Moyer allowed for the characteristics of the stone to inform their placement in the composition—much as one might when building a stone wall—here Moyer calls on the traditions of drawing and painting, exploring pictorial space rather than constructing architectonic arrangements.

In Little Good Feeling (2022), Moyer connects the beveled edges of the slate so that shadow becomes a wandering line. In other paintings, stone’s dominance gives way to the negative space of the canvas, creating a dynamic figure-ground relationship. The bristling symmetry of Season of the Witch (2022) is produced by two vertical slabs of marble flanking a grid of white stone fragments and purple canvas; the erratic veins that ripple outward from the center echo Louise Bourgeois’ wiry spider legs or the wavering lines of Gustav Klimt’s drawings. Charged with the crackling electrical currents that give life to inanimate forms, Season of the Witch and its companions seem to be mid-metamorphosis: They may be growing or decaying, rising or collapsing, unfurling or withering. The paintings are not so much an illustration of one state or the other, however; the trick is their ability to encompass multiple stages of a cyclical sequence—Nietzsche’s eternal recurrence—within the space of a single canvas. 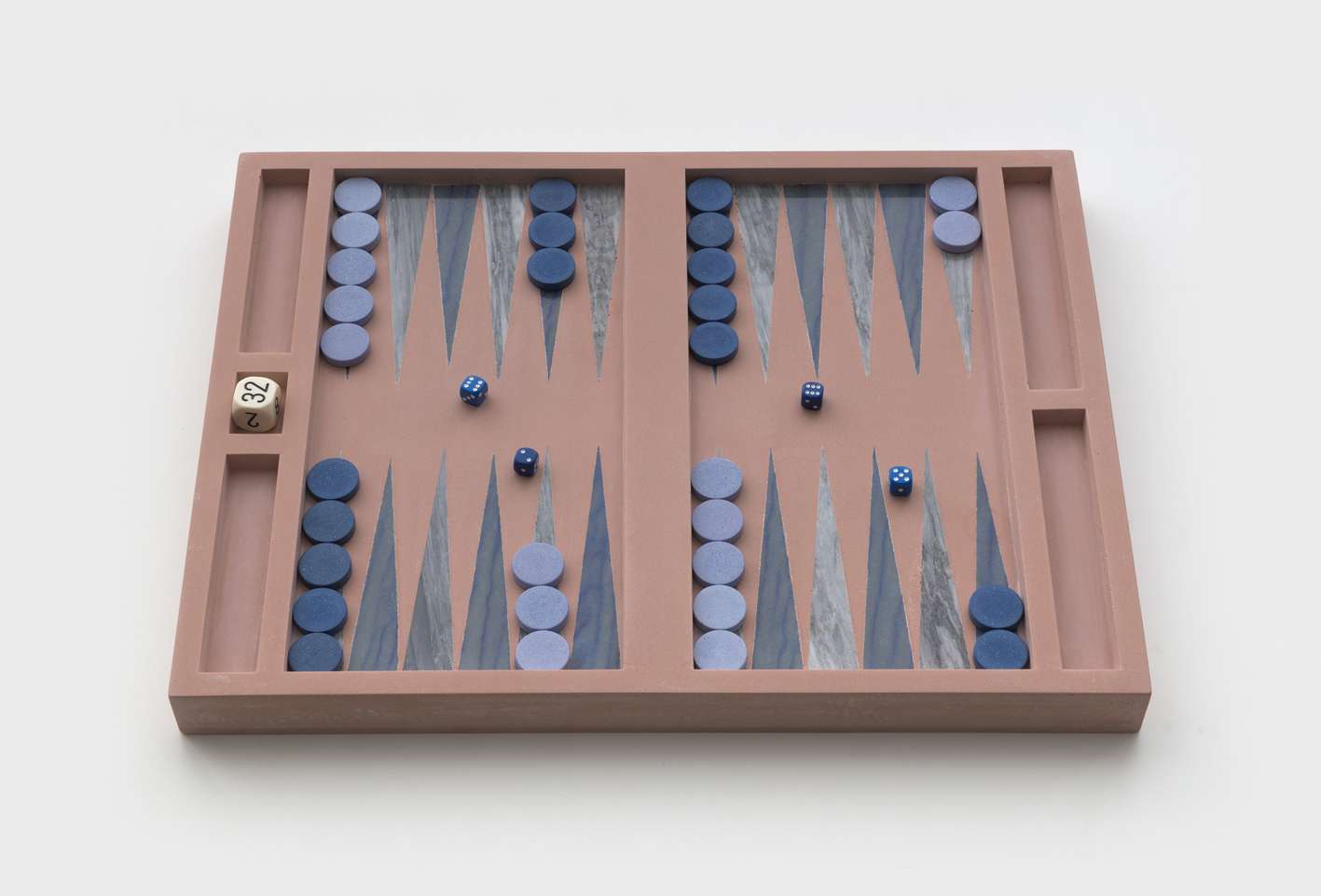