Nel Aerts (b. 1987, lives and works in Antwerp, BE) is a multidisciplinary artist whose work spans painting, collage, sculpture, drawing, video, and performance.   Aerts’ practice is known for its simultaneous specificity of aesthetic vision and breadth of materials. After focusing on video and performance in the early 2010s, the artist delved into a painting and collage practice that translates the sense of atmosphere and story offered by time-based media into the domain of static objects. She traded the camera for a panoply of materials and an interest in iterative representational motifs. Towels, doormats, sheets, flannels, and scraps of lace—especially those that show signs of wear and age— all get a second life as the building blocks to Aerts’ roughened, textured landscapes of the unconscious. To these surfaces, she takes knives, lasers, ink, fire, pencil, acrylic, oil, spray paint, foam, plexi, varnish, and sandpaper, transforming them with gusto. 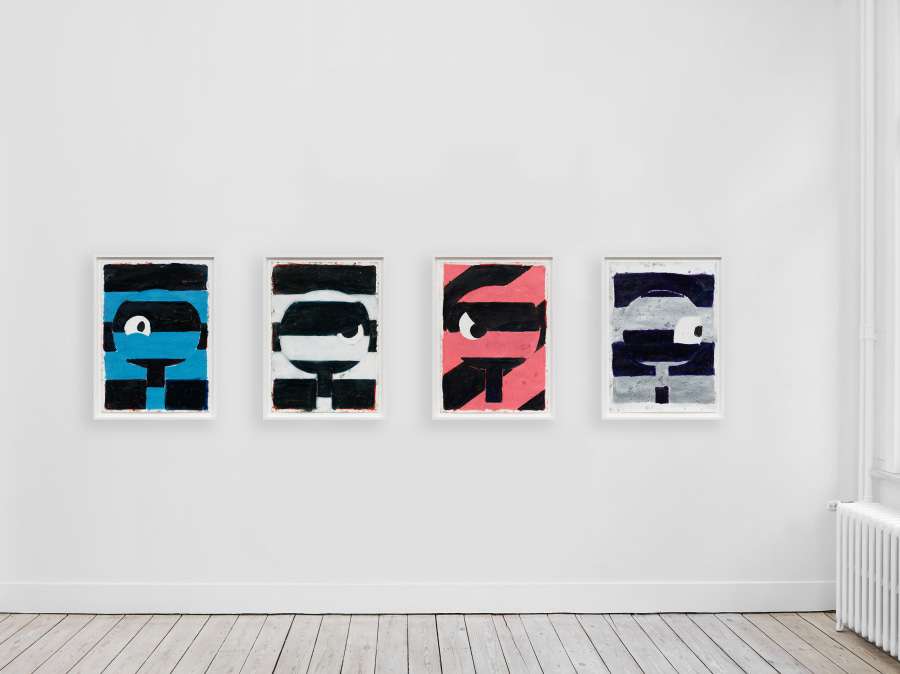