In this third solo exhibition with the gallery, Ahmed’s latest film The Sand Reckoner follows the Scirocco wind from the Vatican to primordial lake beds in Egypt’s Western Sahara only to find that its beginning is the end, the Khamsin wind. Two winds are actually one in the same. Where does one end and another begin? This is the precise point where naming, and perhaps language itself, finds its limits. Ahmed worked with researcher Alexander Shvets of Pompeu Fabra University to train an AI to elaborate the relationship of wind and emotional states. The results range from a pleasant breeze to revolutionary storms in a series of posters that further investigate this relationship language and weather.

In addition to the Scirocco and Khamsin, Ahmed brings 16 other winds on to the stage of his kinetic installation Library of the Winds, where he contemplates how the wind helps us understand the modern obsession with origins and order, while questioning distinctions between sensual and mediatized experience wondering what we think of when we think of the wind. Is it the wind as depicted in news, in cinema, in theatre or opera? Or the way it flows against our fingers and toes as our hair blows and windows rattle? What does the wind whip around with it besides the waves? Fortune? Chaos? Comfort?  Twice a week, Mid-Western American evening news broadcasts use air-powered lottery machines to blow a select few lives into Mega-Millions. The Library of the Winds has one too and when a winning wind is selected, the Library moves to reproduce them via automated aeoliphones informed by actual weather data. Used since the 14th century in theater and opera to produce the sound of the wind, as the aeoliphones begin to sing, the floor moves in concert while the geometrically patterned and mirrored ceiling counter-rotates, affecting our sense of orientation. Just as the wind mediates many of our senses, the library addresses sight, sound, and orientation.

The attempt to focus on 18 of the world’s winds is to stay suspended and aloft in the moment that each creates beyond language and perhaps time itself. In Ahmed’s sculptural series A Fountain of Eternal Youth, water droplets appear to be suspended or flow backwards to their source while filling water clocks that regularly empty. It appears as though no time is passing and yet the emptying of the clock attests to the reality that it does. 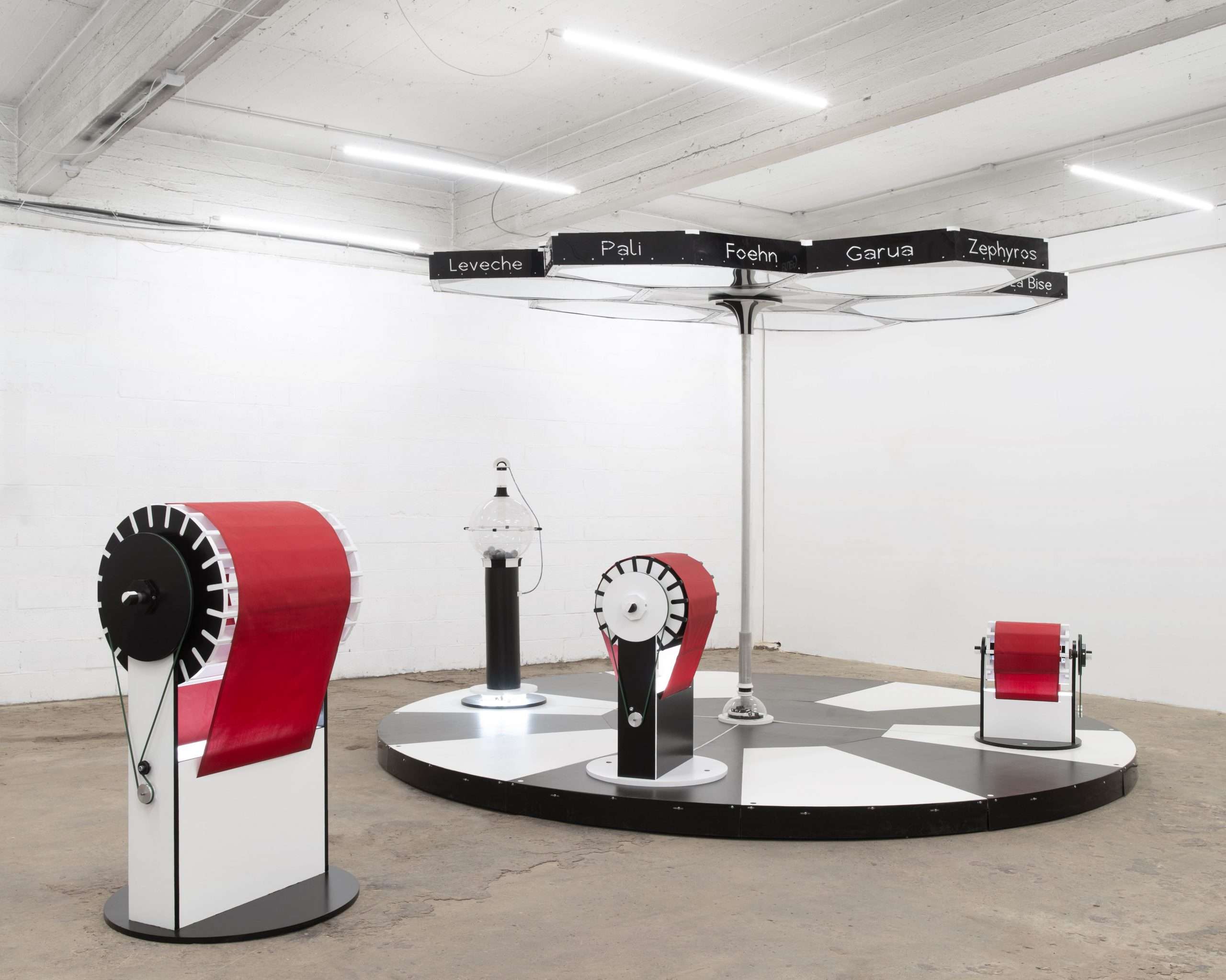